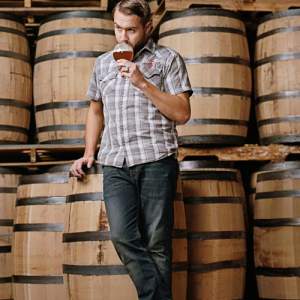 Chad Yakobson is the Owner and Brewer of Crooked Stave Artisan Beer Project located in Denver, Colorado. He obtained a BSc in Horticulture Science before going on to study Viticulture and Oenology in New Zealand. He then switched his focus to the brewing industry concentrating on various micro-organisms present during barrel-ageing of sour beer. In 2010 Chad completed his master’s thesis, titled: Primary Fermentation Characteristics of Brettanomyces Yeast Species and Their Use in the Brewing Industry, and was awarded a Master of Science in Brewing and Distilling from Heriot-Watt University and the International Centre for Brewing and Distilling in Edinburgh, Scotland.