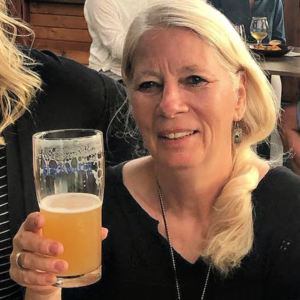 Lundy is first and foremost an IPA fan. When she’s not spending quality time with a good IPA, (or brewing one) she is the Membership Coordinator for the BC Craft Brewers Guild and BC Ale Trail. She has been a part of the BC Craft brewing industry for over 20 years, including being the first female Certified Cicerone ® in Western Canada, and has had judging opportunities on the professional and homebrew level. In 2018, she was honoured to be the first recipient of the “B.C. Beer Legend” award at the BC Beer Awards.

In her free time, she is on the board of the Pink Boots Society Canada chapter and is the founder and director of BC Craft Beer Month which runs during the month of October.