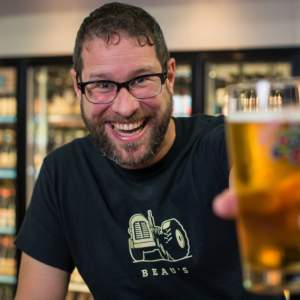 How looking to the past can help navigate craft during turbulent times. Steve Beauchesne, CEO and Co-founder of Beau’s All Natural Brewing Co. will talk about the history of his brewery and his observations of the craft beer movement and its evolution, to where it is today and where it is heading, to answer a pressing question: how will craft beer and craft breweries stay relevant in the next decade? In this talk, Steve will attempt to describe a vision for growth for craft brewers, and will encourage us to band together to keep winning.

Steve Beauchesne is co-founder of Beau’s Brewing Co., a family run, employee-owned, organic Canadian craft brewery. Since its start-up in 2006, Beau’s has won more than 125 national and international awards for beer-making, marketing and packaging design, sustainability and business practices, and has raised more than $2 million for charity, community, and the independent arts. Steve certified Beau’s as Canada’s first-ever B-Corp brewery, founded February 1 as International Gruit Day and successfully lobbied to have some of Canada’s old beer laws changed to recognize the rights of craft brewers.

Steve is Vice Chair of the Ontario Craft Brewers Association and Founding Member of the Canadian Craft Brewers Association. He is a frequent presenter at craft brewing, culinary, and sustainability seminars and events. He was the recipient of a 2019 Clean 16 Designation honouring outstanding contribution to clean capitalism; received an Honorary Honours Bachelor of Business Administration (Hospitality) from George Brown College and The Best Of Award (Elsie Awards) in 2018; was selected for the Ottawa Chamber of Commerce “Top Forty under 40” in 2015; and in 2013 Steve was recognized by the United Way with a Community Builder of the Year Award. Steve holds a B. Commerce degree from Toronto’s Ryerson University, and his kids think he’s a bit of a goofball.

How looking to the past can help navigate craft during turbulent times.