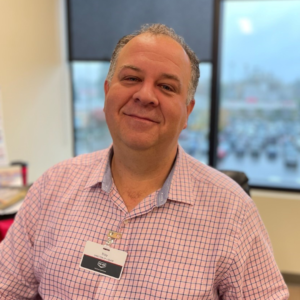 Born in Richmond growing up in Kelowna, I had attend UBC Okanagan in the business school, majored in accounting. I have also attended Sauder School of Business and just recently attended Edwards School of Business for 2 separate executive leadership courses.

I have worked with Shaftebury as a sales rep for about 6 months prior to being bought by Sleeman. I then worked at Molson Breweries in sales for close to 7 years. Overseeing Vancouver and the last few years key accounts.  When making the decision to get married and stay living in BC rather than the Calgary or Toronto route, I chose to take a role with BCLC. Over the 11 years with the company I grew from Key accounts, Hospitality manager and then to the Senior Retail Division Manager. During my tenure I have called on most of the province with my sales team and managed a portfolio of business exceeding $580 Million dollars in sales.

When an amazing opportunity knocked on my door to help Otter Co-op grow in food, fuel and liquor I jumped at the opportunity. Coming over in December of 2016 I have been involved in expanding their network in all three commodities. My current role is the Director of Angry Otter Liquor overseeing 26 liquors stores. Currently Otter Co-op runs 3 hospitality accounts as well. I helped open the first liquor store back in February of 2019 and over a period of two years opened up 30 other businesses for Otter Co-op. I have a passion for beer and currently am oversee the buying for the Beer and RTD category.

At Coop we do our best to support the community we are in and in turn look for great products that our guests will like in the areas we do business in.